My project for this course is to construct a narrative that exists in a space that is at once boundless and bounded by itself. The narrative concerns a young woman who is in the process of reconfiguring her body and identity after a traumatic event. The story is formed from two parts: a wireless network that contains her collaged form; video split across three screens whose playback is controlled by the viewer-user-players' bodies. The network will be broadcasted within the room.

The project will definitely keep my interest for the entire semester. The central question is will I be able to complete the project within twelve weeks? Should I focus on one part? I would like to know rather soon if the two parts will be of a whole or just an overcomplication.

Is This Project Enormous?

I really didn't think so until I posted the notes to my blog. I have configured a captive network before using a router and Raspberry Pi, and the screen project is being built for another class as well. Reading back my notes in a neater form, costume seems important. Ample time needs to be given to creating an adequate piece, sketching patterns, sourcing materials. I haven't considered that within the project until now.

Is this project enormous: yes.

Freewriting - a narrative that is at once boundless and bounded by itself. - a shattered woman - there are people out there who buy things and then something bad happened. Something terrible. And the way that they saw themselves is gone - her identity is fractured; she is in the neverending process of putting it back together - a perpetual becoming and disintegration

Motivations - make environments where people consider their body in space, in networked spaces - the network as metaphor for how we relate and now organize the world - need to articulate the perpetual disconnection I feel between my public self and my sexuality, my public self and how I relate to other bodies 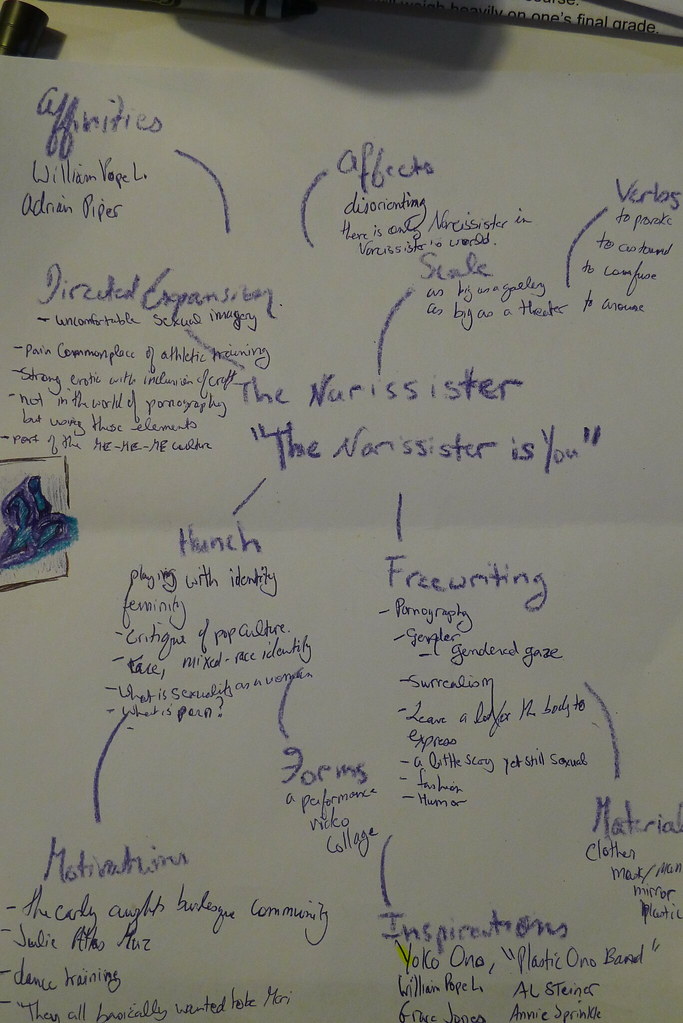 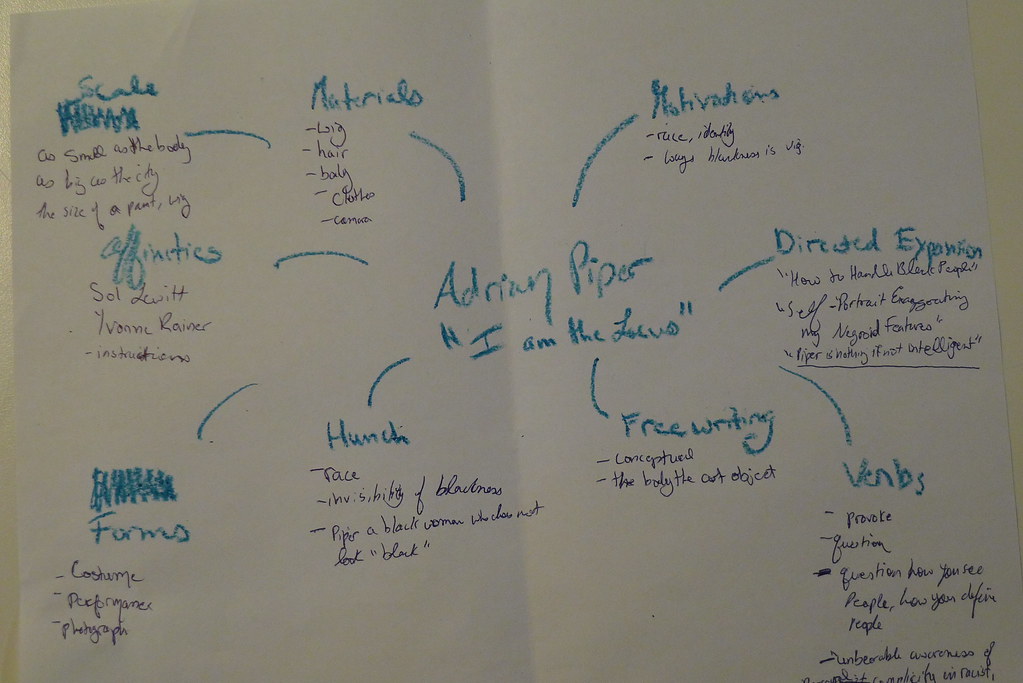 Direct links to posts related to project are below